Are you looking for a way to help your body heal? Are you uncomfortable pumping medication into your body? Learn about drug-free remedies. Click here.

If you have a serious medical condition like cancer, then you may deal with a great deal of pain on a regular basis. Pain can be successfully managed with medical marijuana, and more and more states are passing bills to allow individuals to access and use marijuana. In fact, 28 states have passed laws to assist individuals in need. If you have never used marijuana before, then you may find it unpleasant to smoke. If this is true, then you can create edibles that you can eat instead. Marijuana brownies are a common treat. To learn about some tips on how to make your brownies enjoyable, keep reading.

While you can add your marijuana directly to your brownie mixture, this may not produce the most enjoyable brownies. Adding it directly can dry out the brownies and it can also create an unfavorable texture. Instead of using the marijuana directly, you can create either a butter or an oil and add that to the brownies instead. Creating an oil works well for most brownies, since they often call for one-quarter to one-half cup of oil in the recipe.

Marijuana oil or canna-oil is a mixture of coconut or vegetable oil that has been infused with THC. THC is the chemical within the marijuana that provides the pain relief and psychedelic effects of the drug. Basically, by infusing the oil, you are leaving the plant part of the marijuana behind so it does not need to be added directly to your brownies.

To start, gather about one ounce of marijuana and two cups of your preferred oil. Spread the marijuana evenly across a baking sheet and place it in your oven on low heat for about 45 to 60 minutes. This dries out the plant and activates the THC as well. Place about two to four cups of water in a large pot and bring the water to a boil. Sprinkle the marijuana in the pan and stir it gently. Reduce the heat to a simmer and add your two cups of oil to the pot. Allow the mixture to cook for about 20 to 25 minutes. Stir occasionally and turn the heat off. Allow the mixture to cool by placing it in the refrigerator overnight. This will allow the water and the oils to separate.

Use a spoon or ladle to scoop the oil out of the top of your pan and place it in a small pot on the stove. Heat the oil only until it forms a liquid. Run the oil through a strainer to remove the marijuana plant pieces and to retain the oil mixture. You can now use the oil to make your brownies.

Opt For A Sweet Mix

Using a prepackaged mix is the easiest way to create your marijuana brownies, and some people may simply choose a mix that they find appealing. However, you will need to understand the taste profile of the marijuana you use. The THC will release from the marijuana into the oil and so will the basic taste of the plant. Many marijuana plants have a bitter or earth taste. If you choose a brownie mix, like a dark chocolate variety, then the overall taste of the goodies may simply be too bitter to enjoy. You should choose a milk chocolate or a mix with caramel to make sure your brownies remain sweet.

You also can choose the marijuana strain you buy carefully to make sure the brownies taste good. For example, there are certain marijuana hybrid strains that taste similar to mint cookies or strawberry cake. These are good options for making brownies and so are strains that have citrus undertones. If you are unsure about the strains of marijuana that may be best, then make sure to speak with the workers at a local dispensary that offers legal marijuana for sale to see what they have to offer. 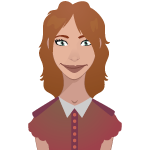 When I started battling cancer, I didn't feel comfortable pumping my body full of medications. However, after a thorough talk with my doctor, I decided that it was the best way to go. However, my doctor mentioned that my use of western medicine didn't mean that I couldn't use natural methods to supplement my treatment. I started using ancient practices to soothe my treatment, and it helped a lot. In addition to rounding out my treatment, it also made it possible for me to endure harsh chemotherapy and painful surgeries. I want to teach you more about the power of natural medicine, so read my blog.